A poll can be added to the campaign as a way for viewers to vote on a decision. Each choice is weighted by the amount raised for each option in the poll.

Each poll has the following options:

To ask for a poll to be added to the campaign, send a message to the #streamers channel in Discord with the above information.

Each active poll is listed in the donation page and can be selected by the user. 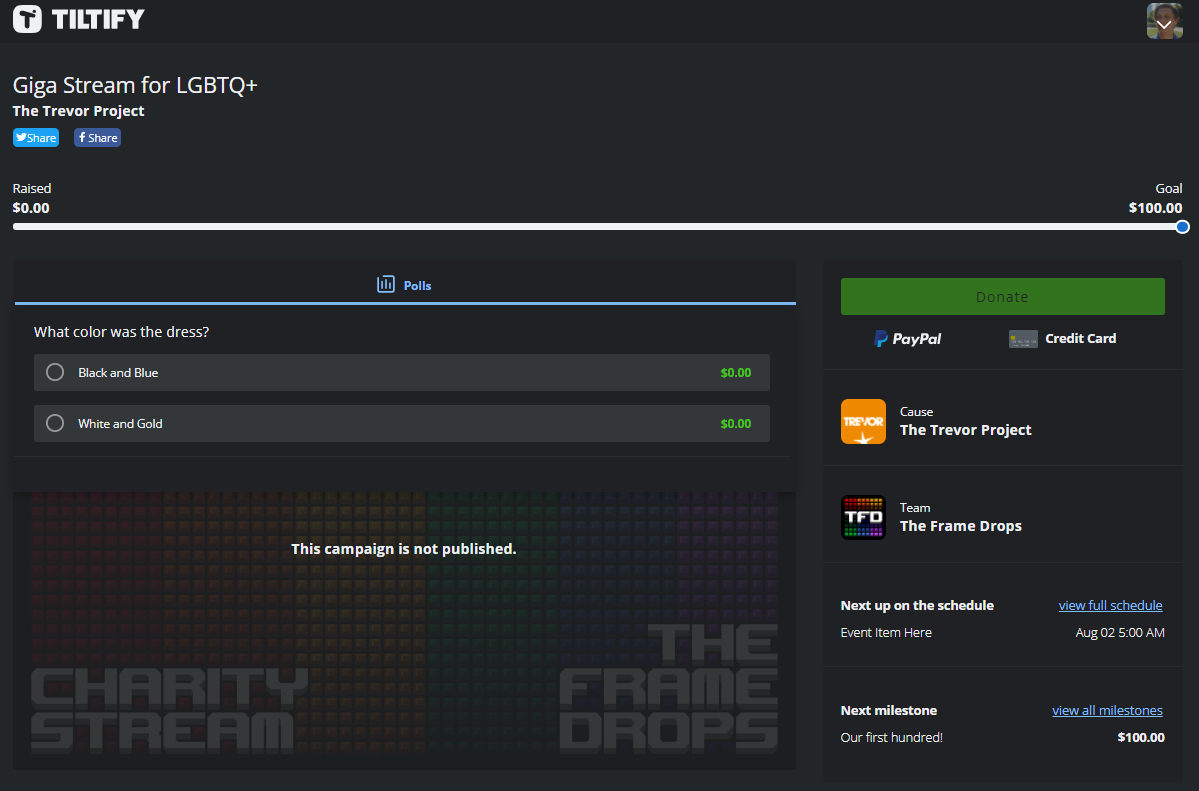