Donor Rewards can be added to provide viewers incentives to donate to the campaign. You can think of these as Twitch point reward redemptions that utilize charity donations to activate.

For a way to do something similar to community pooled channel point rewards Twitch provides using charity donations, see our page on targets.

Each reward has the following options: 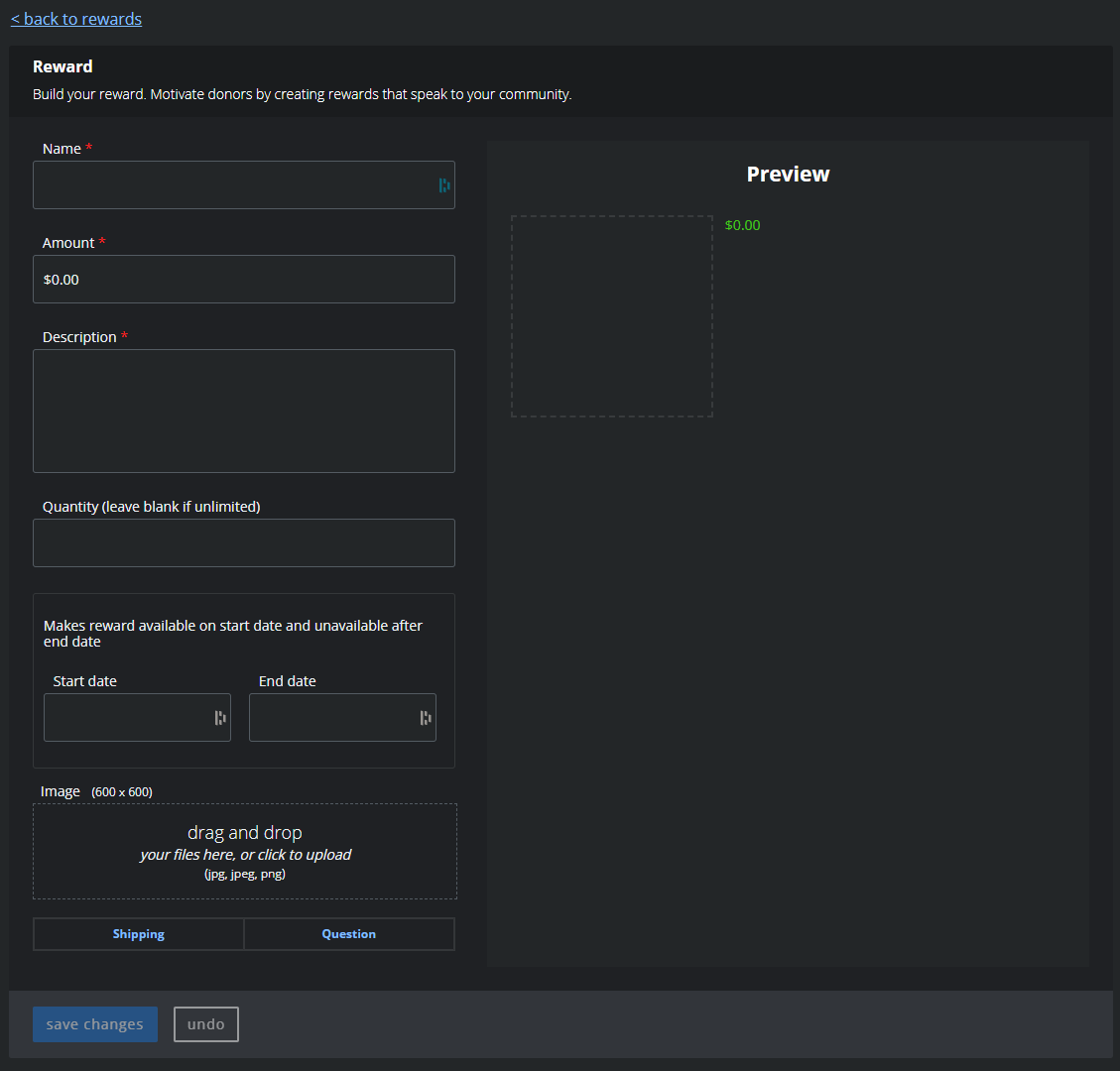 You’re also able to allow viewers to input text (similar to how you can do so with Twitch point rewards) by providing a question.

While one of the listed options is “Shipping”, we will not be enabling this for our project due to complexities involving shipping, keeping streamers accountable, and more.

To ask for a reward to be added to the campaign, send a message to the #streamers channel in Discord with the above information.

Each reward is listed in the donation page and can be selected by the user. 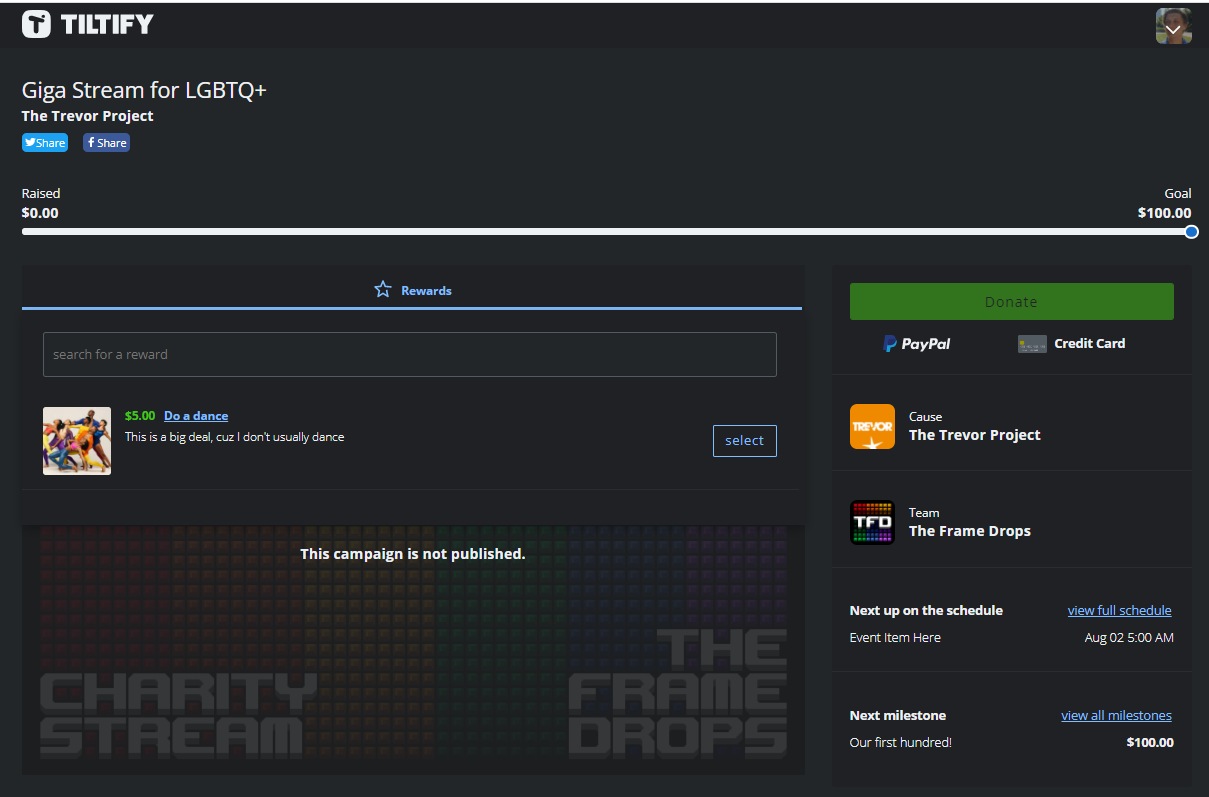